Potato Fresh Plum Dumplings are a delicious comforting dish known in many European countries. Potato dough is wrapped around fresh prune plums, formed into balls and then boiled until plum is tender. The dumplings are then immediately coated with sweetened cinnamon toasted buttery breadcrumbs. It is really really delicious and a perfect dish for plum season and not only. You can always make these plum dumplings with dried plums or even with Powidl (no sugar thick plum jam) any time of the year.

Potato Fresh Plum Dumplings can be served as dessert or simply as a sweet main dish as they are very rich and satisfying. 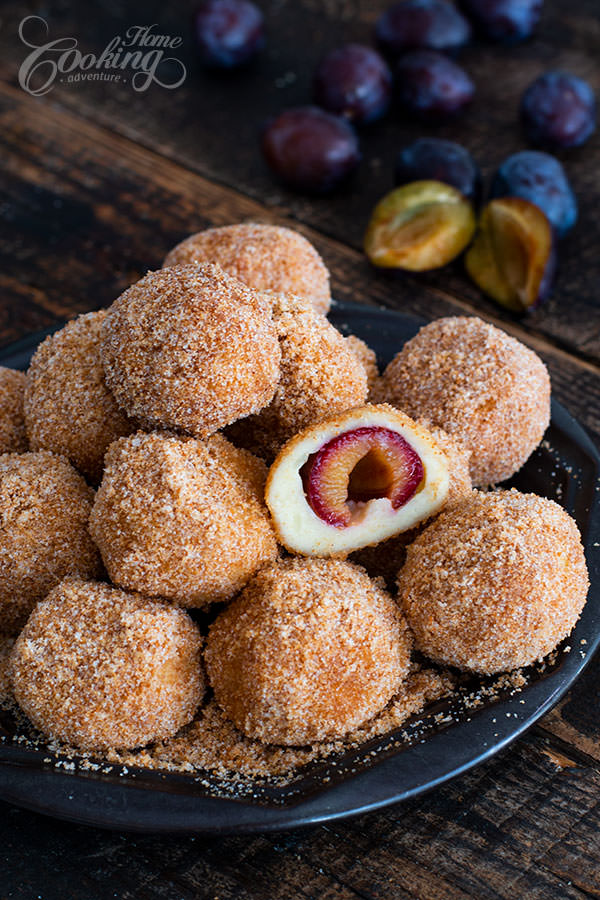 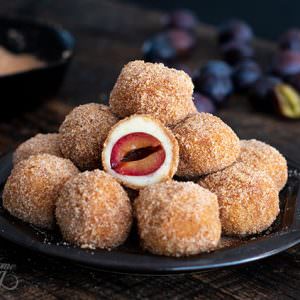