These Potato Dry Plum Dumplings consisting of a potato dough stuffed with sweet plums and rolled in toasted sweetened breadcrumbs are a delightful irresistible dessert. 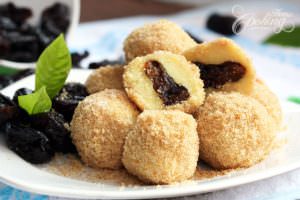 Potato Plum Dumplings are a traditional Eastern European dish that reminds me a lot of childhood as both my grandmother and my mother used to make them pretty often every fall. 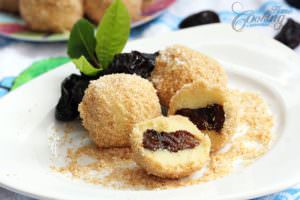 These potato plum dumplings are usually made with fresh dark plums like in this recipe but works as well with the dried ones, this way you can make them all year round. It is best to serve these Potato Dry Plum Dumplings while still warm sprinkled with cinnamon and sugar. Enjoy! 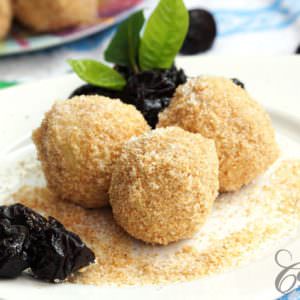